But where on earth is gone the oldest big punk’s dog of Europe ?

Next June, and to be more precise the 6th of the year 2012, will land on the screens “Le Grand Soir” ! Film eagerly awaited by the inhabitants of the north and south of “Groland” (fictional country featured in various humorous programs on French television), among others … 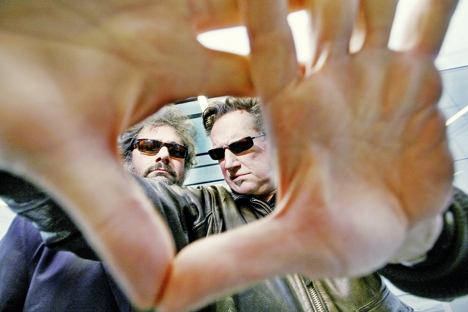 The producers of “Le Grand Soir”

New production by the accomplice from “Groland” who are Benoît Delépine and Gustave Kervern, this is their 5th feature film after :

Still in the same vein than the previous opus, the movie promise to be a crazy comedy made of black humour and led by a group of actors who have nothing to prove. A future good moment to come !

So if you don’t know what to do in June, go to the movie…

What is it about ?

An unemployed salesman, divorced (Albert Dupontel) and his half-brother, the oldest dog’s punk of Europe” (Benoit Poelvoorde) are looking for their parents (Brigitte Fontaine and Areski Belkacem)…

When is it out?

On 06 June 2012 unless anything unexpected happens !

Where is it out ?

Not in ex-USSR for sure but in France without a doubt.

More details on the Allociné movie page
And if you want to have even more infos on the making of the movie, go to Brikabrock