As usual, we leave from Blois ! However, for the occasion, we take the path which is in works along the Loire. After only several hundred metres on this path in development, we go on a loose stones road, the Roman roads way, along the river.
Despite the stones looming up the ground, we are making good progress without stopping.

But after a few minutes of thoughts and one tremor after another, we are thinking of changing our route to go back on the right road that we have probably missed earlier …
The problem is, this one is situated just behind a dyke a few metres high on our left. Until then that’s fine, but if we add to this that this dyke is also a high speed road, it makes things more complicated !
Surely not bad enough for a Chatmouette you would tell me ?
So we manage to find stairs, get on our bicycles and start the ascent of the dyke. Once we reach its summit, we still have to wait a bit until the road is free from these mechanical monsters. We follow this one and get back on the right path a hundred metres further.
For the start of our journey, we can’t do better. But what can we say, that’s what we call the Chatmouettes adventure …

After catching up the right route, we’re heading towards Chailles in the middle of deserted fields which in times past were covered of gigantic plants called corn. Once there, a good surprise is waiting for us, a new cycle path development is in progress with a brand new bridge over the Cosson. For more details, read the article “Footbridge construction in Chailles, on the Cosson” 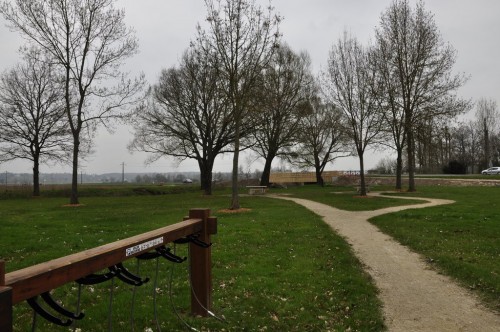 A bridge too far !

After Chailles, we go on along the Cosson, and catch sight of a Heron which fly away just in front of us. Then we arrive to Candé-sur-Beuvron and get back to the little stone bridge, which is not in bloom today. Really, it’s time for winter to end. 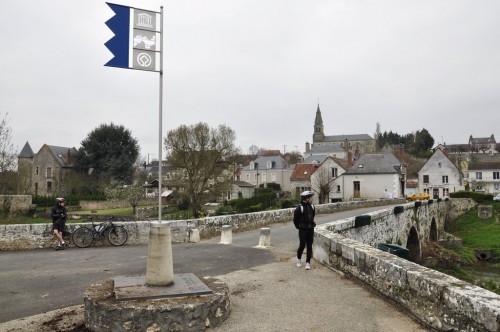 The little stone bridge in winter

And if you have time to waste, go and try the terrible 7 differences game, and maybe more …
Perhaps you will discover strange and mysterious things … or not !

We go on by taking the road to Les Montils, which makes us pass in the middle of a riding school. This is here that we meet a four-legged friend and stubborn. 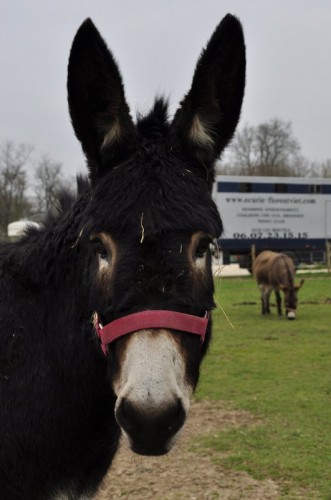 After this stop devoted to zoology, we get to Les Montils and as we are going through the city centre, we catch sight of ruins from a Dungeon, we don’t need more to stop, and go check the monument.
From what is left of the tower from around century XII, we can catch a glimpse of a central well remains which allowed the occupants on the first floor to directly draw water.
Besides, it is also used as a column to the archway which is quite original! 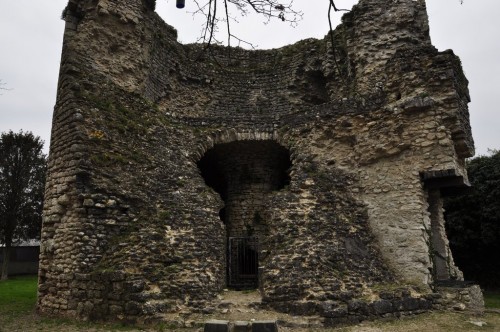 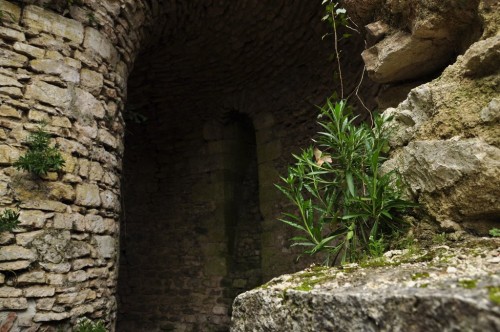 Close-up on the Lower Hall 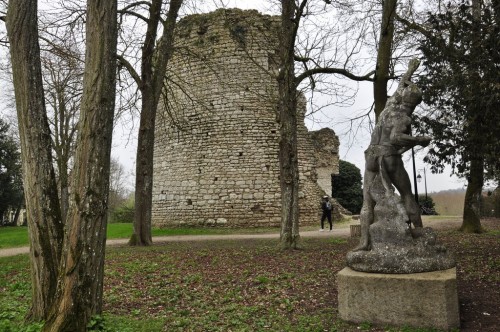 Overall view of the Dungeon

Some people claim that the Lower Hall was used as oubliettes and others don’t, but who’s right ?
Nobody has ever seen a prisoner between these walls … or maybe has he passed away since then ! 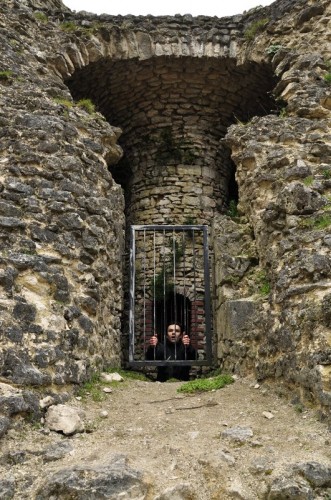 Well, this is the past !
Now, we follow the road which go through the forest of Russy. The sky is turning darker and darker, as the night is falling, but we get to Saint-Gervais-la-forêt which is not too far from our final goal.
And it is in growing darkness that we arrive in Blois putting an end to this ride of a day.