Wiki Loves Monumentscampaign launched by Wikipedia is a European photographic competition with purpose to favour the realization of photographs of some listed historic monuments, and this way to contribute at the enrichment of the free encyclopedia and community which Wikipediais

For this, we had at our disposal the list of historic monuments per region of France, and more precisely the one of loir-et-cher, because of course the Chatmouettes are from Loir-et-Cher !

So, armed with a camera, we summon up our courage, we have visited a few historical sites in the area among which Blois, Montoire-sur-le-Loir, and Lavardin, one of the most beautiful village of France !
But we have also retrieved some pictures taken during our rides. Which just goes to show that our cycling trips were useful !
In the end, about fifty pictures were available on the Wikipedia’s website … 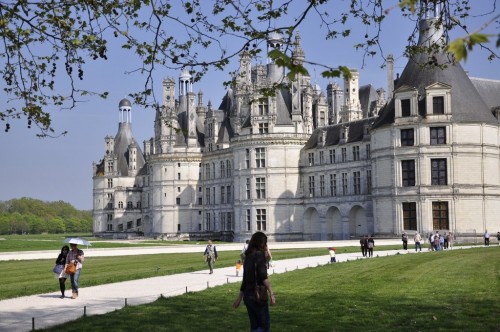 Time flied and the competition’s results arrived after a long selection from the jury among some 165 000 pictures of which 25 000 for France. The Chatmouettes are not among the first prize but anyway, we really enjoyed taking part in this competition and we have, in some way, being rewarded later on !

Chiajna monastery near Bucharest in Romania

The Wikipedia adventure goes on for the Chatmouettes

Time flied again and a nice surprise reached us ! 😉
Indeed, Shazen, while testing the new fonctionality of geolocation from Wikipedia‘s application for smartphone, has found the article “Cathédrale Saint-Louis de Blois” in which an illustration picture sounded familiar ! And for good reason, it was simply one of his pictures from the event Wiki loves Monuments !

Following this discovery, we asked ourselves the question  : But what happened with the other pictures ?

Well, after a little search on the list of Loir-et-Cher monuments via Wikipedia, we have found several articles with pictures from the Chatmouettes  : 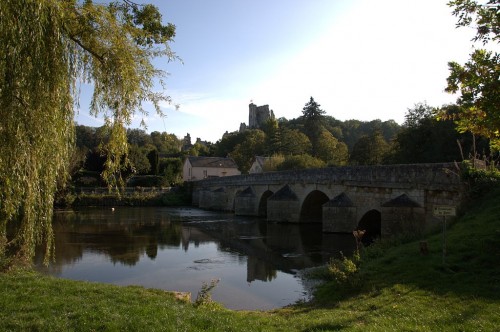 Bridge on the Loir at Lavardin

So, thank you to the nice persons who have chosen our pictures to illustrate the articles !