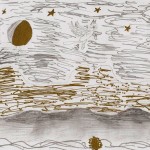 During a nice starry night the Chatmouette has flown away.

As we didn’t leave, I felt like letting my imagination talk and I have done a small illustrated text for you.

Read post : During a nice starry night the Chatmouette has flown away.

Read post : The Tour de France 2011 passing through the Loir-et-Cher at Montoire-sur-le-Loir

Read post : The Loire by bike is celebrating in the central region from Tours to Orléans !

Don’t miss the 2011 games festival edition which will take place on Saturday 28 May almost everywhere in France, so not too far from your home ! 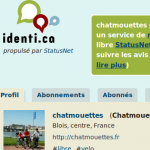 We have announced that you could follow us (almost) live but you don’t really know how to do it ? So here is an article like a small user guide on how to follow someone on identi.ca.