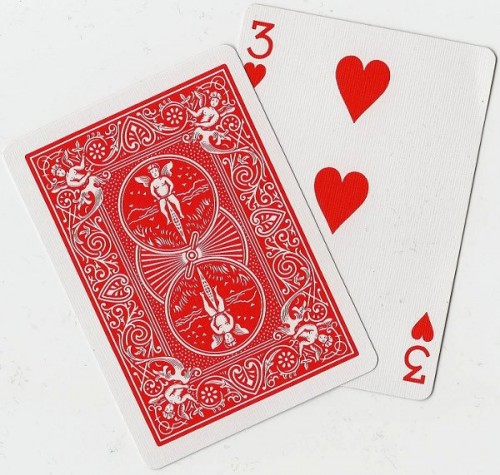 The show was so funny, a play mixing “Alice in wonderland” and magic. Great ! I strongly advise you to go and watch it if you’re passing by Blois. Strange coincidence, at one point during the show, the Hatter throw cards, one of them fall down in front of me, I pick it up and on the back of the card there’s some kind of angel cycling. An obvious sign for the Chatmouettes ! 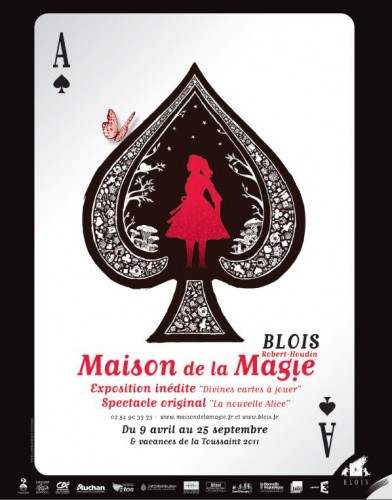 After the show we visit the exhibition “Divines cartes à jouer” where I learned that playing cards exist since a very long time. They come from China and arrived in Europe during the second half of century XIV. Their back has actually being blank for a long time, it was even used to take notes.

When leaving, we pass by the shop. We thought a card game would be a good idea for our days out. Another coincidence, we come across a card game from the brand Bicycle. Inevitably, we buy it. Then, I have revealed the mystery of the Hatter’s card : when opening the packet that we just bought, I noticed that on the back of each card there’s some kind of angel cycling.